MICHAEL LASCH (1987) raised in Frankfurt is a Producer Dj who concentrates on the functional and deep Clubsound of Techno. After playing several Dj- Gigs between 2005-2007 with his workmate "Huen" they created their Label Platform "Hauptbahnhof-Musik". Unable to elude the Attraction of Berlins Techno Szene he moved to Berlin in 2008 where he still plays Dj Sets in several Clubs and all kind of Partys. Released on Naked Lunch, Rewashed Ltd, Pragmatik Records and many more..Young artist JONATHAN RANZINGER is a Berlin-based Techno DJ and producer. In his music you can recognize his passion for industrial design resulting in a dark driving style. His spot-on, no nonsense Techno is straight at you!Since 2014 they are Residents at Kosmonaut Club Berlin where they created the Back to Laser Event series which reflects their vision of Techno.The Distraction EP is build up with the intro which sets the atmosphere for the EP. The Maintrack Distraction Original is dark pounding and dancefloor focused pushed by heavy triplet rhythms. Next Exit Teshima an Unit 9 complete the Ep on a wider scale of vibes. 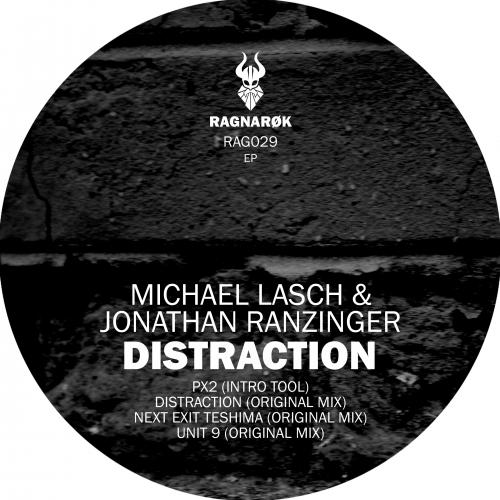