Introducing the War Crimes album from London-based dark techno producer Hefty: Inspired by the events of 9/11 and the subsequent War on Terror, Hefty takes us on an apocalyptic journey into the darkside, exploring elements of broken beat, downtempo, and techno. "War Trophy" sets the tone for what's to come, a drowning and ominous indication of the dire places we will be taken to throughout the album. "Weapons Of Mass Destruction" marks the calm before the storm, as it picks up the pace with a sinister downtempo track completed by the haunting vocals of Gracie. Starting off the techno journey, "Rendition" is coined by dank and murky sounds in tandem with a heavy rolling bass, topped off by trademark Hefty vocals. Next up is "A.W.O.L" - inspired by army deserters who refuse to fight in the illegal and immoral wars the establishment has forced them into. Punctuated by percussion hits and defined by its relentless slow groove, this track makes the dancers revolt and rebel on the floors. "Enhanced Interrogation" goes deep into the world of modern torture. Low rumbling bass and hypnotic atmospherics will twist your mind as this minimal techno track penetrates your eardrums. Following on is "Innocent Blood" - the signature rolling basslines and dark vocals make this an instant Hefty classic. The listener gets more and more ecstatic as the beats are starting to pick up speed. "The Pentagon Lie" is a direct challenge to the official story of what happened on 9/11. With its uncompromising heavyweight beats, rolling bass, and driving groove, it makes you wonder: have you been lied to all these years? Solid beats and a hard bass provide the perfect background to the percussion incidentals in "Inside Job". It keeps the listener alerted and in unease as the vocals touch on the crimes perpetrated by the American government throughout history. "Standard Operating Procedure" takes us even further into the darkness. Undulating bass and solid beats drive the track forward with intensity whilst the narrator tells a dark tale, outlining some of the strange practices carried out by troops far from their homes. With its dark, heavily rolling bass and a deadly groove, "War on Terror" is instantly recognizable as one of Hefty's productions. This track is massively influenced by the death and destruction inflicted on innocent people due to the illegal, unethical, and never-ending "War on Terror". "The 3rd Tower" sets out to make people aware that a 3rd tower fell on 9/11. The steel-framed tower was not hit, yet it collapsed at free fall speed. However, the dark bass and the heavy dubstep sound of this track could have accomplished what seems to be a mystery until this present day. Finally "Post Traumatic Stress Disorder" takes us out of this nightmare of War Crimes. Downtempo, smoking beats help us unwind, and although our doubts towards the establishment are still very much in the foreground, it offers a contemplative track to try and understand what we have just experienced. 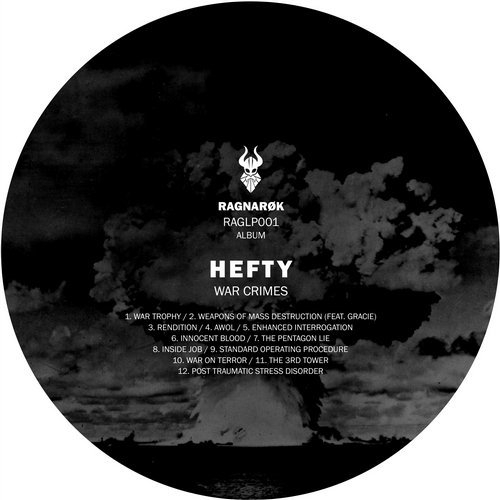 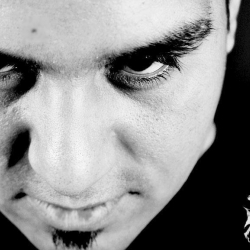